It was a great thing to see land on the horizon for the first time in months, but the anticipation of whether we would get into harbour or not took away much of the enjoyment. When we got into VHF range of Averio, Miguel called up the Port Pilots but the news wasn’t good. The weather was too bad for them to be able to come aboard and pilot us into harbour. 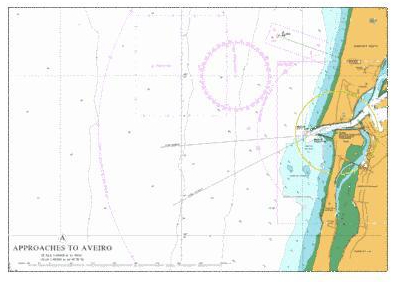 Eventually a compromise was reached whereby the pilots would give Miguel instructions over the radio, and once the Santa Maria was within the shelter of the breakwater, the pilot would be able to come aboard and pilot us the remaining way to our berth.

The entrance of the river is dominated by a lighthouse at the end of a peer. It was a fantastic sight as all of the families of the crew and officers had turned out and lined the peer. When we got close they cheered and beeped their car horns, and in return Miguel let rip with the deafening horn of the Santa Maria. I got goosebumps and a lump in my throat, the atmosphere was electric. Once we’d passed into the sheltered waters of the river, the cars and families dissipated to drive around in time to meet us again at the berth. Meanwhile the harbour pilots were able to board and we continued slowly and carefully through the maze of channels to our alloted berth. 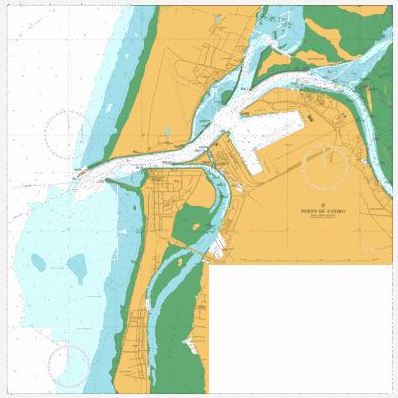 A tugboat helped us make the final manoeuvres along the quay and before long we were alongside with ropes holding us fast to the world. There followed an hour or so of paperwork before we could leave the ship. It was frustrating to be kept on board for so long, but all of a sudden it was time to leave. I said goodbye to everyone, but it was quite hectic as everybody had jobs to do, and like me they were keen to get off the ship as soon as possible.

Just like that I stepped off the ship onto dry land, and the whole experience was behind me. It was like I’d stepped into another world, and my life on board was already just a memory prone to fading like an old photo.

A secretary from the company booked me a hotel in the town and gave me a lift. As we drove into town I was wide-eyed, taking in new sights and smells. Particularly striking were the smells; I hadn’t realised how deprived of smells I’d been at sea; apart from the smell of the sea (a nice smell) and the smells of fish, fuel and cooking (usually not so nice), I had missed the usual palette of smells which we take for granted on a daily basis, and give an extra dimension to our lives. During all the times at sea when I imagined what it would be like to be back on land I had’t imagined to be so aware of land smells! I could smell a million things, from earth, to vegetation to traffic fumes to fast food. It was mind blowing!

The secretary helped me into the reception of the hotel and checked in on my behalf. Lucky, because although I had picked up enough Portuguese to talk about fishing and the weather and things relating to life on a boat during my 111 days at sea, I had thus far not needed to talk about hotel reservations. On top of this I was beginning to feel the effects of land sickness and was swaying around as if I was still on a boat. I could have sworn that I was still on the sea as the whole room was rising and falling underfoot to the same rhythm as the Santa Maria. I felt like a space cadet.

The hotel was really posh. My bed was enormous (and stationary), the shower was hot (and stationary) and there was a torrent of water which went straight down the plughole and didn’t form cresting waves and flood the bathroom floor. I phoned home briefly to let Mum and Dad know I was ashore. There was no need to say ‘over’ when I had finsihed speaking, and we were at liberty to talk over each other if we wanted! Afterwards I headed out into town for a look around and something to eat.

Aveiro was much bigger and prettier than I expected and I wandered around the town for hours until late at night, I managed to see pretty much the whole town and had a nice meal in a restaurant close to the hotel. It was very odd without the constant humming noise of the ship’s engine, or the incessant creaks and groans as she rolled around in the waves. It was odd being able to put a glass down on the table and for it not to fly off; in fact I found it easier just to hold my glass because I felt a bit on edge just leaving it on a table without non-slip matting or a frame to hold it in place. I swayed back to the hotel with the combined effects of a couple of beers, but mostly the rhythm of the sea in my legs.

In bed the silence and stillness rang in my ears and I couldn’t get to sleep for a long time, but when eventually I did drift off I fell into a deep and heavy sleep.