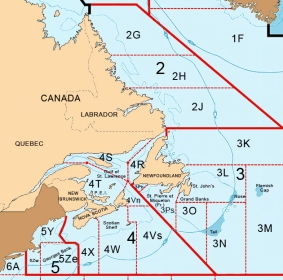 Miguel was telling me a few days ago that sometimes the Greenland halibut fishing starts a bit earlier in the north, on the the ‘Nose’ of the Grand Banks in 3L (three lima). We steamed up here on the off-chance that he was right, but it turns out that the fishing up here at the moment is much worse than in 3N (three November) where we came from. He is trying to decide whether to stick with it or head back down south again.

Because the catches are so small, it doesn’t take me long to do my work. Furthermore it doesn’t take the crew long to finish processing the fish and so the window of opportunity I have to work is much shorter. I managed to miss this morning’s trawl completely as by the time I got to the factory they had finished processing! 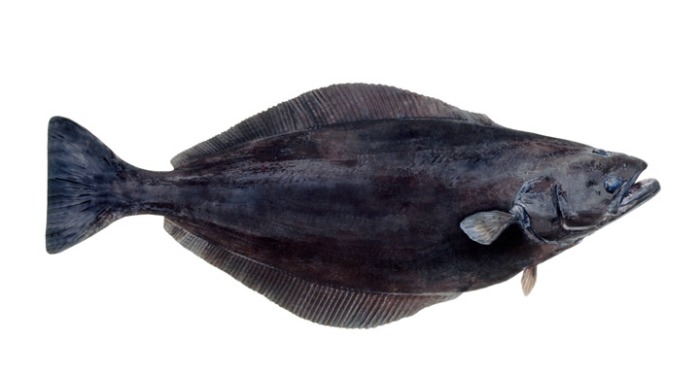 Greenland halibut are funny fish. They are a flat fish but they haven’t quite finished evolving as flat fish and they are still somewhere between a normal round fish, 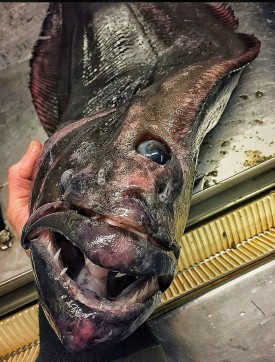 and a flat fish. Their right eye is on the side of their heads, and their left eye is sort of on top of the head and hasn’t yet come to join it’s counterpart on the right side of the body. This makes them look like a cyclops, and pretty damn ugly. It is evolution in action and fascinating when you think that perhaps in a few million years the eye will have moved around and it will look like a ‘proper’ flat fish (that’s if it survives that long and isn’t fished out!). Another hint at their incomplete evolution is that they are dark on both sides, whereas most flat fish have white bellies and dark dorsal surfaces. I’m not that impressed with how they taste either, or perhaps it was how it was cooked, but all in all it is quite an ugly fish, fascinating but ugly.

Speaking of creepy wet fish, the ship’s nurse is a funny one. Simon said in his handover note that he was a ‘bit too touchy feely’ and I know what he means. There is a small, narrow ‘mini galley’ in the officer’s mess where Bazil Fawlty makes coffee and stores the plates etc. I was in there earlier making a drink and the nurse came in and squeezed past me with a sickly grin on his face. He’s always been friendly, but a bit too friendly, verging on slimy. He’s an old man, probably 60, and on the crew list he is listed as the nurse – but I can’t think that a few cut fingers here and there is enough to keep him busy so I’m not sure what else he does to fill his day. He eats in the officer’s mess, but at a different time to me luckily, but otherwise I never see him on the bridge or in the factory. Odd. Anyway, the way he looked at me and tried to squeeze through the gap when he could have just said ‘excuse me’ or waited, creeped me out and I gave him a look which said something along the lines of ‘Don’t do that again’. I dread the thought of getting injured or sick and having him creeping around me.